Social sites have never been so busy,
Twitter in particular !

As I attended last week Stephen MR Covey’s Workshop “Inspire for Excellence” organized by the Swiss Marketing Club & IMD in Lausanne I decided to share on Twitter some of the storytelling impressions & quotes during the conference.

To my surprise one my very first tweets was translated & retweeted by a brazilian follower. Half an hour later another quote got translated to spanish !

This is just a good example of Twitter’s interaction potential. Although I expected some reactions, I was really surprised by the spontaneous translations showing how interested followers in Brazil, Argentina & Great Britain could interact with such an event.

Is Twitter building bridges ? What makes it so special ?
I ‘d be glad to have your comments !

← What is a loyal customer ?
What is loyalty building marketing ? (1) →

This site uses Akismet to reduce spam. Learn how your comment data is processed. 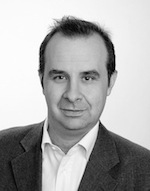